Home/lifestyle/A to do list for your Vision
Previous Next 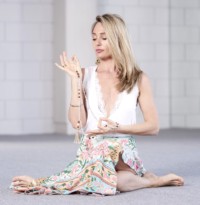 I clenched my stomach as I watched him turn. He walked away and I collapsed in sobs of heartbreak.

Alone, I boarded a flight bound for New Zealand. The pain in my heart raw as I watched the small American town that I’d lived in for four years fade into the Rocky Mountain Ranges.

Two weeks later in Auckland, ready to build a new life, I attended a yoga class at a small local studio. Ten minutes into that class, the teacher tapped on my shoulder and said someone was there to see me. Confused, I went into the foyer to see my mother and my nephew.

“Your father has just died”. And I collapsed once more.

Five months later I bought a yoga business and so my healing began.

It began with a desire for growth, but prior to the starting line, I had fallen heavy and from a great height. As I broke into a million pieces I had to build from scratch, the strength that I lost when I lost those men.

I meditated on what I needed to create a foundation for this new life. Laying this foundation became the healing that I needed. I learned to give myself all of the things that I had once received from these men. Love, comfort, strength and support. In my toolkit I armed myself with the following:

I was holding my head higher. Business was great, I’d brought my own home, stamped a mark in my industry, met new friends and had some new relationships. The quiet but fierce inner confidence that I’d lost in 2006 was back, as was my self esteem, but I was still physically weak. An introvert, my yoga studio was the only public place where I felt at ease.

Within the same month two men pierced through my force field. Both had an impact that projected me down my next phase of growth. A healer who taught me breath work and a relationship with a man whose external strength matched my internal strength with great precision.

“I’ve been recommended to you by a friend who says you are the best healer in town. My wrists are stuffed. Can you help?”

“I don’t focus on specific areas but I will help you to become present and find the strength to sit in the discomfort that is making you sick. From here your energy will flow and injuries heal. Now, begin to breathe like this.”

I began to breathe every single day. Every day I was projected into the present moment. This was almost as hard as the trauma of 2006. But I was stronger now and I was ready. I find it difficult to describe where I went in these sessions, but I saw myself & the world around me with stark clarity and from many different viewpoints. I was experiencing dormant negative energy as it began to awaken and it was very difficult to sit with. In order for it to move, I had to be still and it took every ounce of strength not to struggle. Every time I felt this shift, I felt more connected to my world and I felt more connected to the people in it. My relationships improved, my body naturally became healthier and injuries and sicknesses that had plagued me began to heal. Over several years, I slowly removed negative behaviours and habits and replaced them with positive ones. I became happier and stronger. I began to feel invincible.

Rage had been moving through my body for three days, building. With an iron fist, I had been mistreated and further discussion about how it affected me was closed. Trying to respect his wishes & keep the peace, I did my best to swallow the energy that churned within.

I was making tea in the kitchen. The door to my rage slammed shut, I was losing the battle. He walked in, we exchanged words, my spirit rose and my hatred unleashed. A cup full of hot tea hurtled across the room and with a quick duck, smashed on the wall behind him with a force that could have lifted ten horses.

That was the last time I ever lost control and the last time I was able to be controlled. My energy had become so potent, so clear and so strong. It had become a force that could only be tamed by what I deemed good for me. I am now in the driver’s seat of my life.

~ Traumatic experiences can leave scars and these scars can be healed. ~

~ We cannot grow or thrive when we are sick, injured or in pain. ~

~ Real growth and achievement comes from a healthy individual, not a sick one. ~

~ We cannot control our world, but we can gain control of ourselves. ~

These days my energy isn’t perfect, but it is fully liberated as well as contained. In that I deem myself whole.