Kundalini Awakening Stages. A woman messaged me a couple of weeks ago very worried about her son who was having a frightening Kundalini Awakening. I never got to speak to the son, however I sent the woman to the expertise of a trained teacher (my Guru).

A true sceptic, I am dubious about all things spirituality until I have experienced the healing & strengthening powers myself. Although I consider myself to be more of a student than a teacher I am pretty good at guiding people to feel f***king good through music, movement & breath. It was through the breath that I had my own version of a Kundalini Awakening.

It is usually a traumatic experience that firmly places us on the path of awakening. If you read my blogs, you’ll know the catalyst for mine. In 2007 I walked away from life as I knew it and a man that I loved in America to start fresh in New Zealand. Upon returning to New Zealand, my father died suddenly & unexpectedly of a heart attack within weeks of me seeing him. My sister was very sick and my mother was fighting to keep my nephew from being taken into foster care. With my father & partner gone, my sister and mother barely hanging on, and my friends in another country, I had no support network. Feeling alone, I hit bottom and it was this trauma that led me to shed an old skin.

Unbeknownst to me, I was not only leaving life as I knew it, I was to become an entirely new woman over the years to come. These are the Kundalini Awakening Stages.

If the pain of trauma is intense enough we can become crippled by it. If you cannot move forward, it means you are meant to rest. Being in pain is not a time to be productive. You will only produce things based upon your pain.

Instead, be with the pain & don’t fight it.

When I was there, I would get up before dawn to practice daily yoga & meditation. Through the gentle movement which was connected to my breath I found freedom. Every time I practiced, tears would flow as I shed the skin of the woman I had once been. Depression & anxiety can deplete your white blood cell count. White blood cells are our immunity cells and mine were almost non-existent. Sick often, (another sign of Kundalini Awakening), it was through this physical and emotional pain that I rested. A stronger & more resilient woman was preparing for birth and she would emerge only when she was ready. It was in these quiet times that I would get gentle urges of what I needed to do. I followed this instinct every time.

Myth says that the Kundalini is a snake that lays coiled at the base of your spine. When it awakens it pierces each of our main energy centres on its way to the crown. This is the beginning of our journey from child of the Earth to an Awakened spiritual being that is grounded in reality.

I couldn’t meditate. My thoughts were consumed with memories of the past. Instead I learned to go into deep trance via intense and guided breath.

Through Breathwork with a trained teacher, Graham Mead, I began to move stuck energy from my energy centres. Each energy centre (Chakra) is connected to a self-developmental stage. If the energy stagnates or becomes knotted in any particular chakra, we may encounter problems in that area of our life.

For example, my trauma occurred at my first two energy centres. The first Centre is the Root Chakra. Here our basic needs of tribal security (family) and physical health are met. If your family or fundamental health is in crisis, the root chakra can experience problems. For me, everything that gave me security had been removed. I was learning to meet my own needs and become a strong adult. As this occurred the energy at my first centre began to flow.

The second Centre is the Sacral Chakra which governs sexual relationships and our female / male balance. I had lost my male counter-part and I was now learning how to function as a whole and balanced woman without him.

During a Kundalini Awakening an old way of life will not work anymore. People can have personal crises, a change of opinion, tastes, likes and dislikes.

This had already happened for me in America. The life I was living there was not enough for me. My feet were itchy and as I hungered for a new life, my relationship began to fall apart. The gorgeous little town that I lived in with foxes, chipmunks, Aspen trees and snow-capped mountains wasn’t enough. I eventually flew home alone. Upon coming home, life as I had left it also didn’t fit. The things that had once made me happy didn’t bring me joy anymore. My eyes looked to a new horizon.

I became terribly ill, waking up one night with a fever & chills so bad I couldn’t move or walk. I was rushed to hospital unable to stand on my own. I stayed there for two nights with crippling body aches (particularly my hips), fever and physical weakness. Under IV antibiotics, X-rays and observation I was eventually well enough to leave hospital without a diagnosis. To this day I still do not know what was wrong with me but I sense it was one of the Kundalini Awakening Stages. 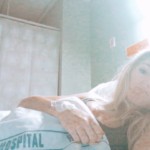 The falling down can manifest as life or health crisis as well as a desire to change career or leave a relationship. We may start to dress differently or even change our political and religious opinions. We may feel we cannot uphold the roles we once played. I gravitated to new people, I dressed differently, I acted differently and my health both deteriorated and began to strengthen. Eventually a quiet inner confidence began to soar.

This occurs at the same time as the falling apart. I found this phase quite magical as I vacillated between crises and liberation. I remember driving along Auckland’s North Shore Motorway and being blown away as downloads of new thought dropped into my head. Realisations about who I had once been shocked me and I saw myself through new eyes. I realised how absolutely crap some of my behaviour had once been. I also realised the crap that I had once put up with that I would never stand for again.

It was absolutely fascinating as I saw myself through the eyes of others. I accepted the stark realisation that I was both less than I had once thought, as well as more than I had given myself credit for. As this energy began to flow my meditations became profound. Once I began to embody the new information that was bought to me, my mind cleared of thought. I was channelling thought directly into experience. I wanted to move, live and serve those who loved me. I gravitated towards people who wanted to do the same.

I became less selfish and turned my focus on the physical world and the people in it. Through five Kundalini Awakening Stages, I felt healed.

The journey took many years and sh!t it was tough. Here I am though, new and improved. Ask anyone who knew me as a young adult and they’ll say I look different, I act different and I’m almost a different woman. I am a different woman. Once the Kundalini snake begins to stir, there isn’t much that we can do except to ride the crazy rollercoaster that it will take us on.

I could never have done it without perseverance and without the guidance of many Teachers. In particular the man that I sent the woman’s son to, Graham Mead.

If you are experiencing crisis, malaise, severe health problems or life just doesn’t feel quite right anymore, it could be that you are beginning to awaken.

I’m here for you if you need guidance on your journey.